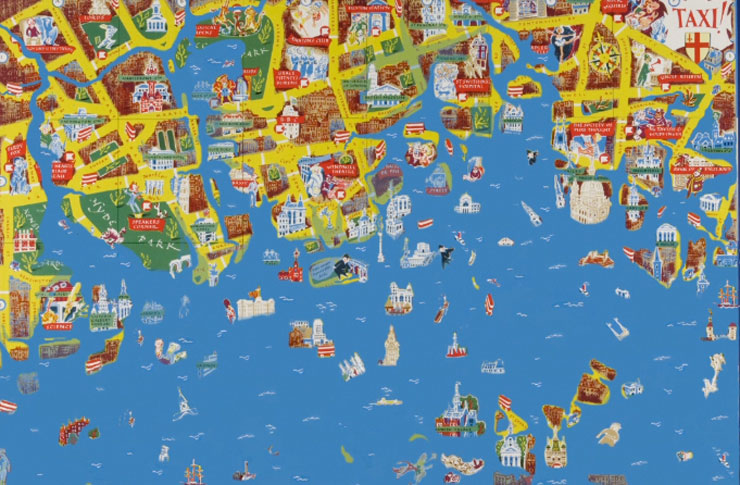 Decades ago before the words climate and change were inextricably linked, there was a board game called “Taxi” in which players become licensed taxi-cab drivers plying for hire on the roads of central London. Drowning London reclaims the game boards illustrated map of London and reinvents it for the 21st century. Inspired by predictions of rising sea levels, an exaggerated flooding of the Thames and the cities lost waterways, transform London into a sea of blue. Animated in a low-tech and whimsical fashion, the playful effect of the floodwater belies the sinister possibility of the city’s demise.