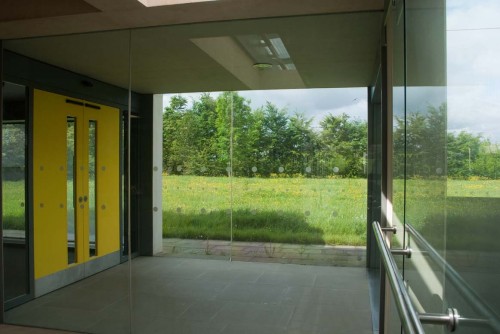 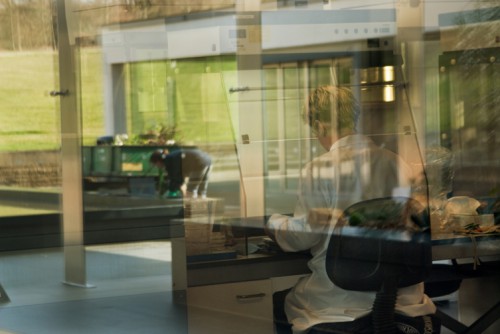 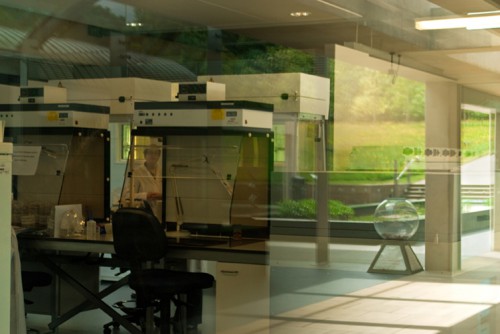 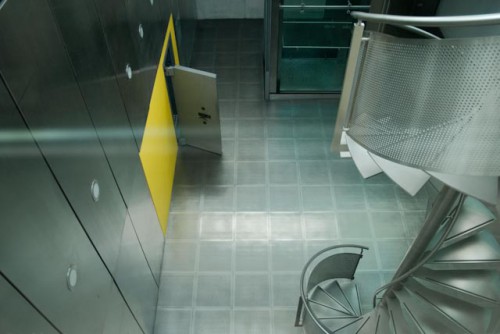 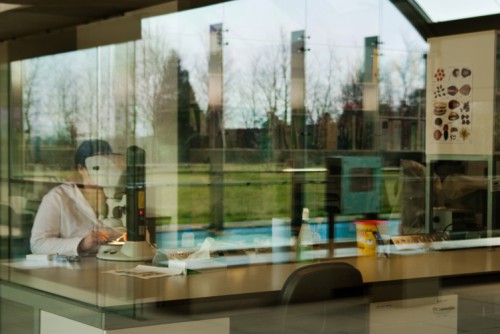 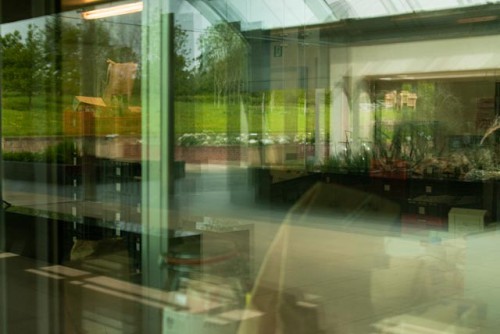 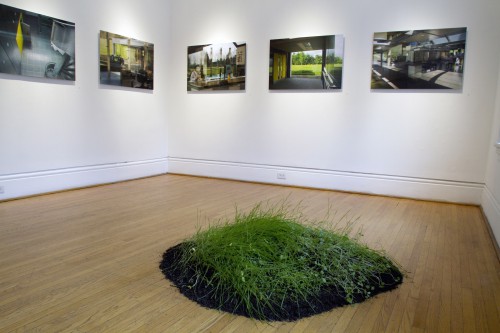 These photographs were taken at the Millennium Seed Bank just outside London UK. This seed bank, like others around the world, functions as a repository for endangered plant life and as an insurance policy against any sort of near apocalyptic disaster like global warming, nuclear warfare, or gene pollution from genetically engineered plants.

Far from being the Garden of Eden one might expect from this repository of all things green, the seed bank is a hi-tech controlled environment, which can only be viewed through multiple layers of glass. In making these images, I wanted to draw out the unexpected ways that the reflections in the glass merge the inside workings of the seed bank with the natural environment that surrounds it. In this way, the photos capture the incongruous function of a seed bank — an elaborate man-made fortress created to protect the natural world from the destruction that we as humans have caused.

Seed Bank is the latest in a series of media installations that explore the profoundly human construction we call nature.

Su Rynard is a graduate of the Ontario College of Art and was a Director Resident at the Canadian Film Centre. An in depth discussion of her work is featured in Mike Hoolboom’s 2008 book Practical Dreamers: Conversations with Movie Artists published by Coach House Books, Toronto.